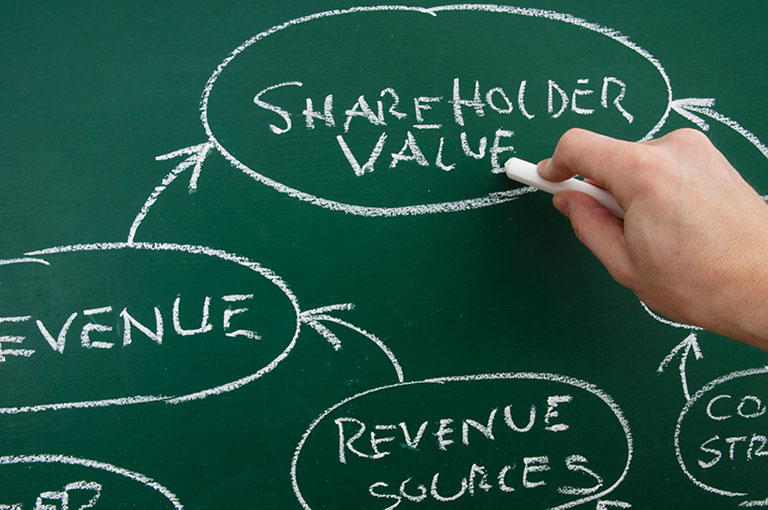 The purpose of this article is to briefly introduce a discussion around appraisal rights, their history and background, how they find application under our Companies Act 71 of 2008 (the Companies Act) and the impact they have had so far in our company law regime as far as the protection of minority shareholders is concerned.

The article is written in a contextual manner and focuses on appraisal rights and how they apply to fundamental transactions and, also includes a brief discussion of a recent High Court judgment, where the court was approached to make a ruling on a case involving the question of appraisal rights raised by shareholders.

The concept of appraisal rights according to available literature on the subject, originated in the United States of America (US) under a law known as the Model Business Corporation Act, 1984 (MBCA) and the idea behind it was to enable shareholders who disagree and/or dissent from a corporate decision of a company to be provided with a right to exit the company by having the company pay them for the fair value of their shares to enable them to exit.

Viewed from a different perspective an argument has been made that the rationale for the development of appraisal rights is to ensure that the ‘minority shareholder should not stand in the way of a transaction approved by the majority shareholders, and second, appraisal rights should assist the dissenters without creating a great burden for the corporation,’ (Julián J Garza Castañeda ‘Appraisal Rights: The “Fair” Valuation Of Shares In Case Of Dissent’ (1999) September – December The University of Mexico Law Journal 809 at 814).

From the above, it is clear that the US lawmakers – in enacting this law – sought to strike a balance between the rights and powers that the majority have in running the affairs of a company, including making decisions that could fundamentally change the nature and character of a company, while at the same time, providing minority shareholders with an opportunity to –

The concept of ‘fair value’ and how it is determined has been and continues to be a source of contention in the US but the overall and accepted premise is that ‘fair value of the shares paid to the dissenters must compensate shareholders for their investments, expectations, and results in a corporation’ (Garza Castañeda (op cit) at 821) taking into account the inherent risks involved in running a business including the highs and lows and the lack of luck involved sometimes.

The Companies Act came into effect in May 2011 and the Act has, as one of its main aims and purposes, the provision of appropriate redress for investors and third parties involved in companies and in particular, minority shareholders. To that end, the Companies Act has established entities that have the responsibility of interpreting and applying the provisions designed to achieve this purpose, one of them being the Takeover Regulation Panel, which has, as its main purpose, the protection of the rights of minority shareholders during offers to ensure that the shareholders are provided with sufficient information and adequate time to make informed decisions about offers and transactions undertaken by a company.

The Companies Tribunal is also established as an alternative dispute resolution body to deal with mainly shareholders’ and other company law-related in a relatively quick and less costly manner.

The second major provision is s 164, which deals with appraisal rights available to dissenting shareholders. The provision and the manner in which it is written borrows extensively from the MBCA under the US laws.

As with the MBCA, the provision also makes reference to ‘fair value’ but takes it a step further by stating under s 164(15) that the court will determine ‘fair value’ and may use its discretion to appoint one or more appraisers to assist in determining same and very interestingly, the court has a discretion to allow reasonable interest to be added to the amount payable to a dissenting shareholder from date of the adoption of the special resolution to date of payment.

The Companies Act does not, however, provide guidance as to how the court needs to go about in determining ‘fair value’. Therefore, one foresees a similar situation as in the US, in terms of which, the courts will rely on to determine what constitutes ‘fair value’ and the appropriate mechanics of determining same.

As is also the case under the MBCA, the appraisal rights enabling a dissenting shareholder to exit by being paid the fair value are limited to a company effecting material amendments to its Memorandum of Incorporation or a company involved in a fundamental transaction that involves –

A company proposing any of the above corporate actions is further required under s 164(2)(b) to include a statement in the transaction document informing shareholders of their rights in terms of the provision and it is important that the statement be provided without any interpretation and merely as a summary of the provision with a copy of the s 164 part of the Companies Act also attached to the transaction document.

The brief facts of the case are that Justpoint Nominees (Pty) Ltd (Justpoint) were the registered shareholders in Sovereign Foods Investments Limited (Sovereign Foods) and the latter proposed a fundamental transaction, in terms of which, it sought to have a scheme of arrangement proposed between itself and its shareholders enabling it to repurchase its own shares in Sovereign Foods using the provisions of s 48(8) of the Companies Act read with s 114 requiring that the transaction be effected in terms of a scheme of arrangement, which among others, requires that a special resolution approving the transaction be adopted and passed at a properly constituted meeting of shareholders before it could be implemented.

Justpoint expressed unhappiness with the proposed resolution and sent their written demand in terms of s 164(6) to be paid fair value for their shares in order to exit the company.

Sovereign Foods had included in its transaction documents, a condition precedent, to the effect that the transaction would not be implemented if it had received objections in the aggregate of 5% of its shares from shareholders exercising their appraisal rights. Sovereign Foods sent notices to shareholders in terms of ss 164(5) and 164(8) unless it decided to waive the condition precedent within 25 days from the date on which the notices had been sent to the shareholders by the company.

Justpoint and an intervening party to the case, BNS Nominees (Pty) Ltd objected to the resolutions in terms of s 164(4) and the objections received amounted to more than 5%, which meant that Sovereign Foods would have had to make a decision on whether the condition precedent had been fulfilled or have same waived in terms of the provisions indicated above.

Sovereign Foods failed to waive the condition precedent within the stipulated time, but instead it conjured up a new transaction (revised transaction) in terms of which it intended to re-purchase less than 5% of its shares, which would mean that the revised transaction would not fall under s 48(8) read with s 114 and that the appraisal rights would be excluded and could not apply to the transaction.

The court flatly rejected the argument by holding that the failure to waive or fulfil the condition precedent meant that the initial transaction could not be operative, therefore, the shareholders could not be prevented from voting on the revised transaction on this basis and that their rights as shareholders including the right to vote as protected under s 37 must be respected.

The court also accepted the argument of BNS based on s 163 of the Companies Act, that the conduct of Sovereign Foods was both oppressive and unfairly prejudicial to its rights and interests and the court determined that the conduct of Sovereign Foods in denying the shareholders to vote on the revised transaction on the basis that they must first withdraw their appraisal rights on a transaction that was not operative was manifestly unjust, unfair and ‘denies the dissenting shareholders fair participation in the affairs of Sovereign’, being the company.

The important outcome of this case in my view is on its interpretation of s 164(9) by arguing that non-waiver or fulfilment of a condition precedent effectively means that a transaction has failed, and therefore, cannot be used to rely on s 164(9) in order to deny shareholders their right to vote on a separate transaction unless if they withdrew their appraisal rights.

The remedy of appraisal rights is an interesting inclusion in our company law and as seen above also a very strong weapon that shareholders can use to protect their rights and to withdraw from a company that has experienced a profound change from the one they had initially invested in.

Further that and as seen from the Justpoint case, the courts will adopt an equity-based approach when deciding on matters such as these which means effectively that companies cannot use technical arguments to deny minority shareholders the right to participate in the affairs of a company including exercising or withdrawing their appraisal rights.

A question has been asked on the role of the Takeover Regulation Panel in this process. Reading through the provisions of the Act, it is clear that the legislature deemed it appropriate that matters relating to appraisal rights must be primarily and directly handled by the courts.

Therefore, the panel does not have a significant role to play and whether this is correct or not remains to be seen taking into account the role and function of the regulatory body.