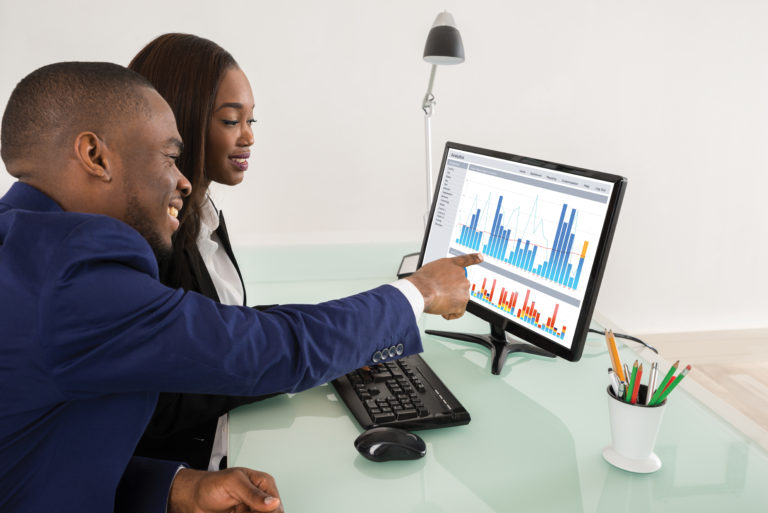 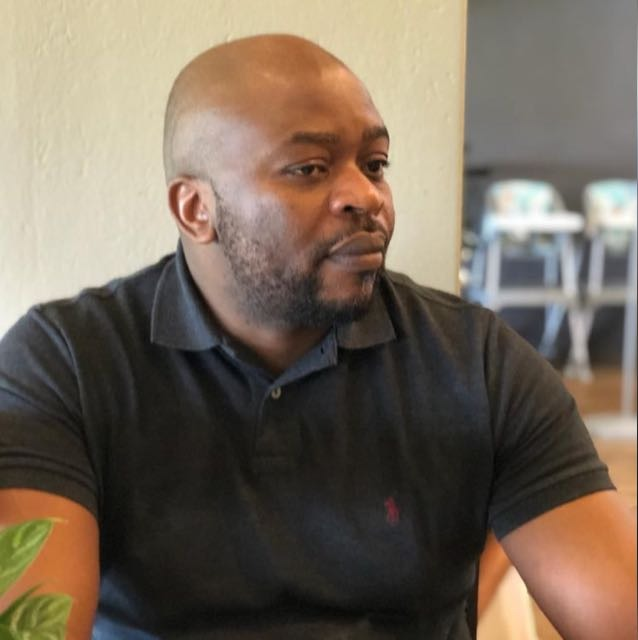 The purpose of this article is to briefly deal with the mandatory offer requirements in terms of s 123 of the Companies Act 71 of 2008 (the Act) involving regulated companies and whether or not they can be waived with respect to share buy-back transactions done in terms of s 48 of the Act.

Background and rationale for mandatory offers and share buy-backs

It has been historically recognised that a decision to invest in a particular company, by an investor, is an extremely personal decision based to a large degree on trust that the investor has in the individuals or teams running the particular company.

Any drastic changes made in the running of the company could have an effect on this ‘trust relationship’ requiring the investor to re-consider their investment in the company in the event that there are changes in its running, including changes to its ownership structure.

These potentially harmful changes to the prevailing status quo in a company’s core ownership structure brought about the concept of a ‘mandatory offer’ (initially developed in the United Kingdom (UK)), which was developed to ensure that an investor who then finds themselves in a situation described above is able to then ‘exit’ the company by selling their shares to the new controller, who in turn, is required to offer to buy them on the same terms offered to the shareholders from whom they acquired them.

This is also in full recognition of the over-arching general principle of takeover law of ensuring that there is equality of treatment among the shareholders of the company. 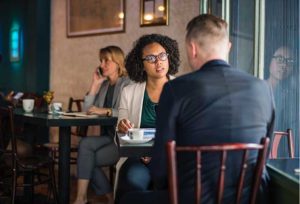 As stated above, the UK under its Takeover Code, first developed the concept of ‘mandatory offer’, primarily for these two reasons and to also ensure that minority shareholders are also able to benefit from the control premium paid by the new controller to acquire control.

Companies are – in terms of the Act – allowed to buy-back their shares from their own shareholders. This could be done for various number of reasons and/or motivations, with the main and oft-quoted rationale, being that a company is of the view that the price of its shares is depressed or low and using the share buy-back process could help in boosting the share price, taking into account that there will now be less shares on issue in the company, which could lead to an increase in the share price.

The company in effecting this buy-back would, under normal circumstances, make use of its excess cash (which it can retain or pay its shareholders through dividends) it has at its disposal to pay the shareholders from whom these shares are being bought back. Therefore, the share buy-back mechanism could have a positive effect if used correctly, in that it ensures that this excess cash is returned to shareholders and at the same time ensuring that the entity is able to recover some of its value.

The question that needs to be determined is whether share buy-backs that achieve this twin aim of boosting share value, while at the same time returning excess cash to shareholders, could have an effect on mandatory offer rules and, if so, how this should be handled?

Therefore, in terms of the Act, a person that has acquired 35% or more of a regulated company’s securities that they did not own before will be required to make a mandatory offer. The same applies to a situation where a company undertakes a share buy-back and as a result thereof, a shareholder ends up with 35% or more of the company’s shares, either acting alone or in concert, such a shareholder will also be required to extend an offer.

The City Code on Takeovers and Mergers (Takeover Code) administered by the United Kingdom Takeover Panel (UK Panel) is the recognised source of law on takeovers and mergers – in mainly –Commonwealth States, including SA.

The Takeover Code under r 9 provides that when ‘any person acquires, whether by a series of transactions over a period of time or not, an interest in shares which (taken together with shares in which persons acting in concert with him are interested) carry 30% or more of the voting rights of a company’ will be required to extend a mandatory offer to the rest of the shareholders (my italics).

It further provides under r 37 that: ‘When a company redeems or purchases its own voting shares, any resulting increase in the percentage of shares carrying voting rights in which a person or group of persons acting in concert is interested will be treated as an acquisition for the purpose of Rule 9’ (my italics).

A similar provision exists under the Hong Kong Codes on Takeovers and Mergers and Share Repurchases administered by the Securities and Futures Commission of Hong Kong (SFCH) and r 32 of the code provides that: ‘If as a result of a share repurchase a shareholder’s proportionate interest in the voting rights of the repurchasing company increases, such increase will be treated as an acquisition of voting rights for purposes of the Takeovers Code ’ (my italics).

As a result, a shareholder, or group of shareholders acting in concert, could obtain or consolidate control of a company that has done a buy-back and, thereby, become obliged to make a mandatory offer in accordance with r 32, which deals with the extension of mandatory offers and reads similar to r 9 of the Takeover Code.

From the above, it is quite clear that the rule and requirements on mandatory offers, particularly in instances where there is a share buy-back involved, are almost universal and emphasis is put on ensuring that there is equality of treatment of shareholders, as well as providing the minority shareholders with an opportunity to exit the (newly controlled) company by having their shares bought.

The SFCH Takeovers and Mergers Panel dealt with this question in a matter involving Television Broadcasts Limited (TVB) – in a decision granted on 10 May 2017 – wherein TVB, a Hong Kong registered media company, had embarked on a transaction to buy back up to 138 million its own shares (representing 31,5% of its issued share capital). One of the shareholders in the company, Young Lion Holdings Limited together with its concert parties (YLCPG) already had a beneficial interest of 29,9% in the voting shares of the company’s issued shares.

YLCPG did not accept the offer from TVB to buy back the shares resulting in YLCPG ending up with 41,19% of the company’s shares triggering an obligation by the YLCPG to extend a mandatory offer to the remaining shareholders of the company.

The legal question before the panel was whether YLCPG should be allowed to obtain waiver in terms of which it can be excused from making a mandatory offer if 50% of the company’s independent shareholders agree to support the said waiver through a ‘whitewash resolution’.

In considering whether such a waiver can be granted, the panel indicated that the underlying principle in allowing a whitewash resolution to be granted after a vote by the independent shareholders is that ‘all shareholders of the same class are to be treated similarly’.

This clearly suggests that the net effect of the buy-back must result in shareholders being treated equally and this is the guiding principle in the panel exercising its discretion to grant the waiver irrespective that the shareholders pass the whitewash resolution.

The Takeover Code also has a similar provision in terms of which, the panel would waive any resulting obligation to extend a mandatory offer if there is a vote of independent shareholders and a procedure as set out in the Code is followed, including prior consultation with the panel, by the parties involved.

The question then follows if similar provisions apply under our Act, in terms of which the Takeover Regulation Panel (TRP) can be approached to allow a waiver after a whitewash resolution has been passed in similar circumstances involving buy-backs.

Waiver of mandatory offers under the Act

The position under the Act is found in the Companies Regulations, 2011, forming part of the Act.

Regulation 86(4) of the Regulations provides that: ‘A transaction is exempt from the obligation to make a mandatory offer following publication by a regulated company of a transaction requiring the issue of securities as consideration for an acquisition, a cash subscription or a rights offer, if the independent holders of more than 50% of the general voting rights of all issued securities of the regulated company have agreed to waive the benefit of such a mandatory offer’ (my italics).

The purpose of the provision is to provide for a whitewash resolution to be passed and for the panel to grant a waiver from the obligation to extend an offer once support is obtained from 50% of the independent shareholders, similar to what is found under the Takeover Code and the SFCH.

The whitewash resolution under the Act, however, is strictly limited to only those three circumstances highlighted above, whereas under the Takeover Code and the SFCH, share buy-backs are specifically referred to and regulated under their respective rules, which means that it cannot, therefore, be relied on to apply for a waiver in these circumstances.

Does this mean then that a waiver from extending a mandatory offer following a share buy-back cannot at all be obtained under SA law?

Section 119(6) of the Act could provide some relief in that it provides the TRP with powers to wholly or partially, exempt parties to an affected transaction (as defined under s 117(1)) from the application of any provision on takeovers and mergers if it can be shown that it will not be prejudicial to the shareholders, it is less costly or that it is both reasonable and justifiable to do so.

This could be the correct approach to follow without losing sight of the fact that the TRP is an administrative body in terms of Promotion of Administrative Justice Act 3 of 2000 (PAJA), and as a consequence, it is bound to always ensure that it obtains the views of all parties that could be affected by its rulings and/or decisions before it makes any decision that is likely to have an adverse effect on the parties involved, which clearly means that 100% support must be obtained from all the  affected minority shareholders and not through a whitewash resolution.

This is clearly impossible to achieve for public companies or even for some private companies with large shareholders.

The main rationale for a company in embarking on a share buy-back is mainly to protect the value of its shares if same are under-valued while, providing an opportunity for the company to distribute its excess cash to its shareholders.

The main rationale of a mandatory offer on the other hand is to ensure that shareholders are able to exercise ‘freedom of association’ by exiting a company that has a new controlling shareholder and to also benefit from the control premium paid by the new controller.

South African law – as it currently stands – requires an extension of a mandatory offer if the company’s shareholder(s) crosses the 35% threshold, even if this is through a company buying back its own shares with very limited possibilities of the offer being waived.

It is, therefore, incumbent on South African companies and their shareholders to pay attention and ensure that they approach the TRP for advice and guidance before embarking on share buy-backs that could result in such an outcome.

← Prev: Appraisal rights and protection of minority shareholders Next: Takeover Law and COVID-19 → 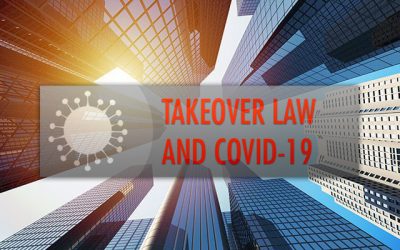 INTRODUCTION Takeovers and in particular, public takeovers must at all times be conducted with certainty and... 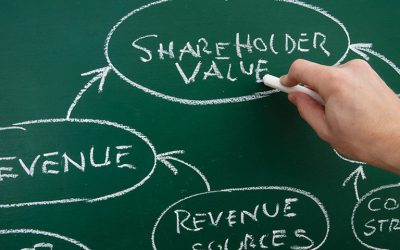 The purpose of this article is to briefly introduce a discussion around appraisal rights, their history and...